Want to level up in your life?

I'm quite sure that you heard before the term "Emotional Intelligence", and while some people still have some doubts about whether it's important or not to have this kind of intelligence, I'm coming today to eliminate these doubts.

Emotional Intelligence adds to your character despite your field of work, of studying, or whatever, if you deal with people on a daily basis (and I'm sure you do) Then hell yeah you need this type of intelligence.Some people could be academically intelligent, but so bad when it comes to dealing with people, they could piss off people without even realizing that they could be a burden to other people, and they could turn friends into enemies also without even realizing it, and what are they missing? Yeah,that's right, To be more emotionally intelligent.The only case in which Emotional Intelligence could be useless to you is if you're willing to live in mere solitude till the last day of your life (That's harmful don't ever think of it), because whether you like people or no, you don't have the choice of dealing of them or not.Now I didn't come here to teach you on emotional intelligence specifically, but I got you an app which will ultimately do, and it's actually one of the best apps I've encountered, you could even consider it a game, not an app.This app is called eQuoo: Emotional fitness game, this app puts you in real-life situations after they teach you a certain lesson in emotional intelligence, then it tests how good you've done. 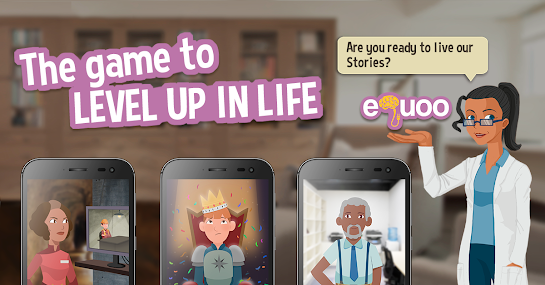 If you ever played one of these games where it feels like you have a virtual life and situations,this is the closest thing to it.I dont want you to keep reading for so long about it,I want you to go ahead install it Download For Android Download For IOS and benefit from it as much as you could because one thing I could guarantee to you, that it will make you a better version of yourself.Hope this was helpful, and thanks for your time ♥️Brought to you with love from www.webfreemap.com
You might also like:
The best 10 free educational apps (Learn easily and for free using these apps)
Earn extra 50$ each month doing nothing.
The best free tool to create Instagram and Facebook posts (create content for free)
The best E-book viewer ever (Read faster and get more done)
Download videos from youtube (The best tool ever to download videos)
Share
Post a Comment Labels#Top Apps