Negotiation and the word "NO"

المؤلفWeb Free MapPosted atNovember 18, 2020
Today I'm coming to talk with you about the negotiation skills, or even main talks, when you talk with someone and you dislike the idea you say "no". 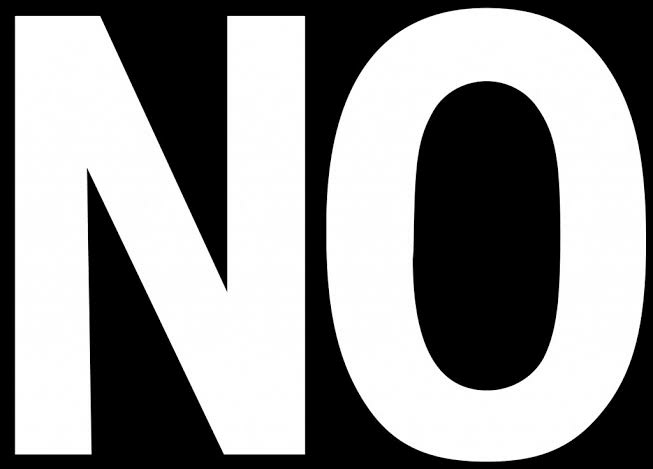 The word no in negotiation or talks it just turns them off , it lets the person you're talking to feel like you weren't even listening, and if you were listening then you didn't put his words into consideration,and the word no isn't recommended at any negotiation or talk,don't ever say the word no , here would be an important question,If I just don't agree what am I supposed to say instead?
Well,thats an important question which I'm glad you asked,The skilled negotiator says "no" in a different way than the less skilled one.
The less skilled says "no,I just dont want your deal" because "whatever the reason" , which means that he says a statement of rejection , then he says the reason after this statement.
The more skilled negotiator he just makes a different arrangement of his sentence,he says the reason first, like "because _______ , ________ and ________
,Its hard for me to accept this deal"
In fact here he doesnt need to say that he approves the deal or not, because he made it clear to the another person talking with him.
-Hey man we need an example!!
-Dont worry reader I didnt forget this one.
-For example: I told you "lets go to the cinema"
You said "NO"
I said "why is that?"
You said "because the traffic is crowded now"
Even if you have an enough reason to not go to the cinema,still I'd feel rejected and thats a bad feeling,and instead you could of told me:
"From 5 till 7 the traffic is extremely crowded so I think thats not the best choice to make now,do you mind going tomorrow? / or maybe we could go to the coffeeshop and reschedule the cinema thing.
That would be much better.
-In brief the word "no" isnt recommended anywhere,say the reasons and dont make a rejection's statement,but instead say your reasons and try to make it nice and smooth as possible.
-Hope that I was helpful today,and I wish you all the luck with your sales,may you rock it for the coming years.
Brought to you with love by
Web Free Map
Share
Post a Comment Labels#be persuasive, #effective salesman, #Negotiation tips, #persuasion, #sales